A world-class sports and entertainment development.

How do you sell space in a building that doesn’t yet exist? Build an innovative preview center that gives potential suite holders a glimpse of what’s to come. That’s exactly what Olympia Development did for the District Detroit Preview Center. This sales and media space was outfit with a projection mapped 3D model of the entire District, 3D model of the new arena, and a demo suite complete with floor to ceiling video wall that allowed potential buyers and the press to experience the view from each suite. Bluewater was brought in to outfit the space with all of the necessary audio visual, provide technical direction, and offer creative services to make the models come to life!

One of the main focal points of the preview center was an aerial model that depicted the entire 50-block district. This showpiece gave a glimpse to what the neighborhood would look like after the planned future developments were complete. The models, architecturally correct scaled versions of the actual buidlings, were created by Zoyes Creative. Bluewater installed projection above, and created content to bring the models to life. This augmented reality experience highlight life in the district complete with sporting events, concerts, foot traffic, road traffic, and even included a firework show over the city. Further into the preview center was another architecturally accurate model. This  one provided a better look at the arena itself. Projection wrapped the model allowing content to be played both inside and outside of the arena, providing a glimpse of what the different type of entertainment experiences would feel like; sporting events, concerts, and more. On each side of the model a large format display was installed to highlight renderings, news coverage, and other information pertinent to the new development. Bluewater installed all of the audio visual elements, created content for the projection mapping, and provided technical direction to bring the experience to life. 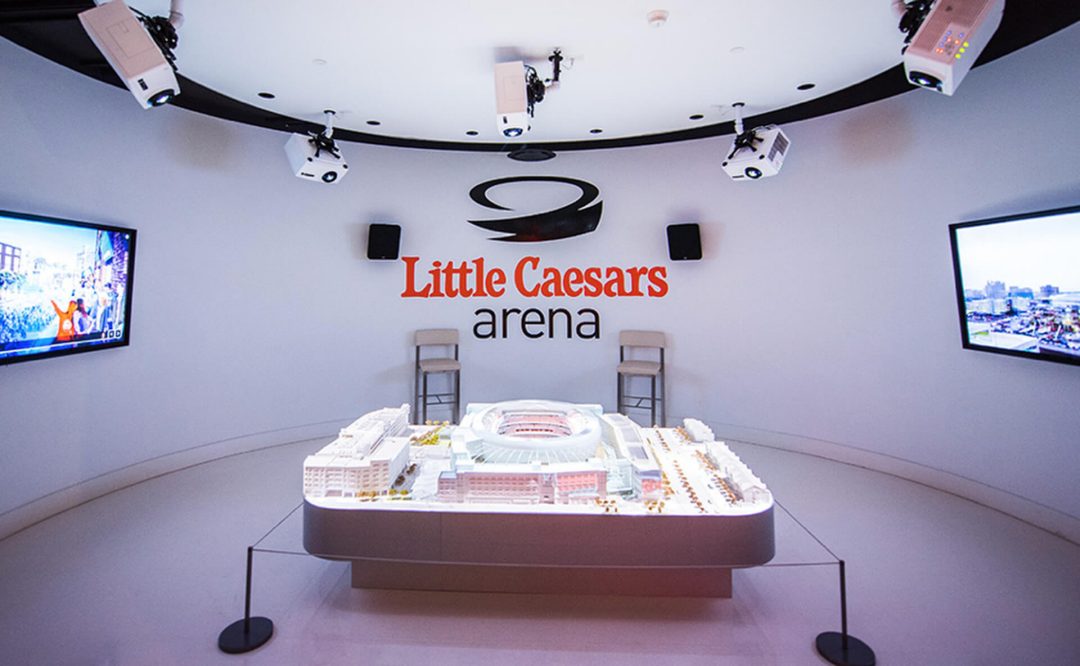 The preview center was largely built as a sales enablement tool. How do you sell space in a facility that doesn’t yet exist? The preview center provided the Olympia team with a space to bring potential season pass holders, suite owners, and other important sponsors where they could explore what this new development had to offer. The demo suite was outfit with a full wall display at the far end, which was loaded with 3D architectural content. This allowed the account team to pull up the view from any of the avaialble suites to show them to potential clients. Bluewater installed this video wall, along with the control and automation system that handled various room functions; tv source, volume, lighting, etc. 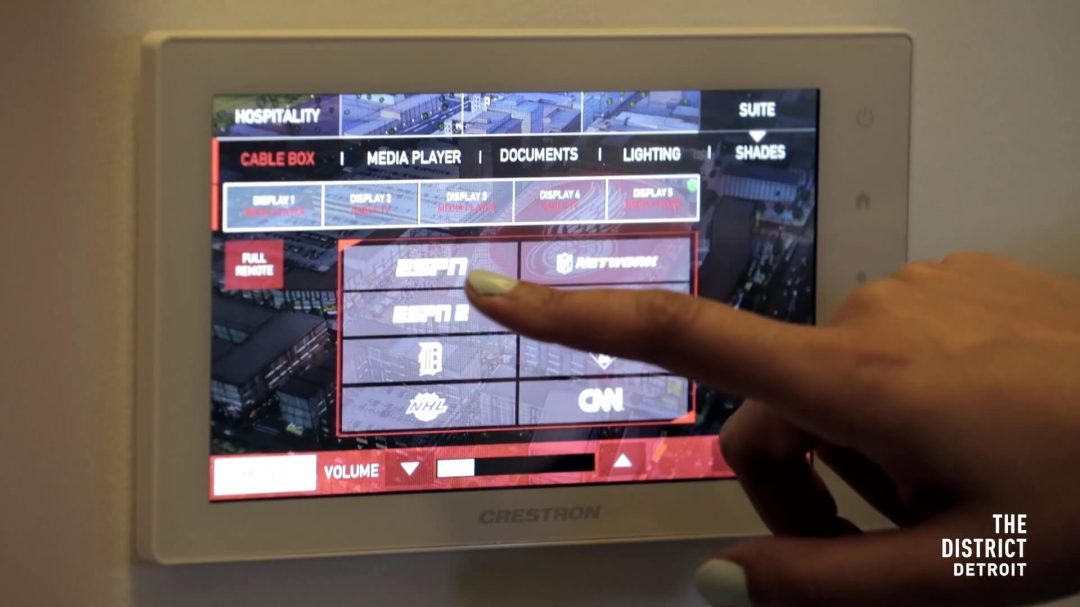 Throughout the preview center there was plenty of other historical, cultural, and relevant media for visitors to consume. Additional videowalls, audio reinforcement and control systems were installed to handle the delivery of much of this content. All of these elements worked in tandem to create one of the most immersive, interactive, and exciting spaces we’ve ever seen to highlight real estate, entertainment, and community development. The space worked too. Only two weeks into opening the Olympia team had sold 28 of the 52 corporate suites available, with the remainder selling out before the actual arena was complete. 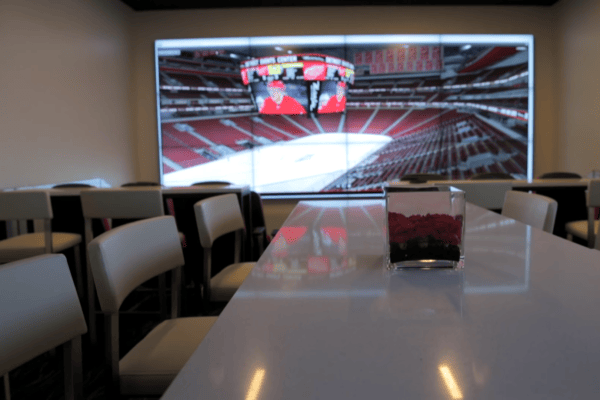 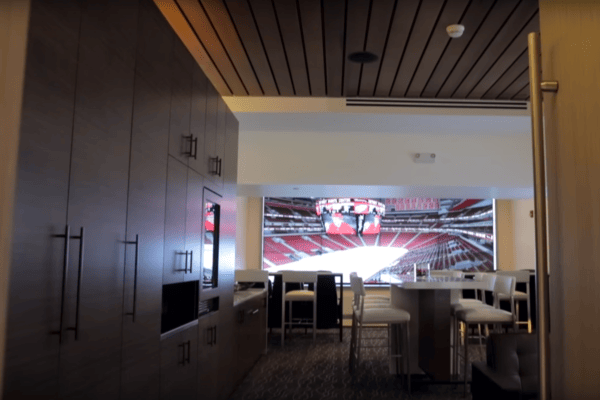 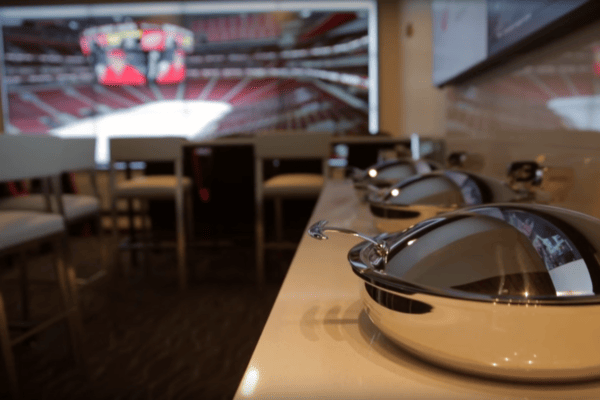 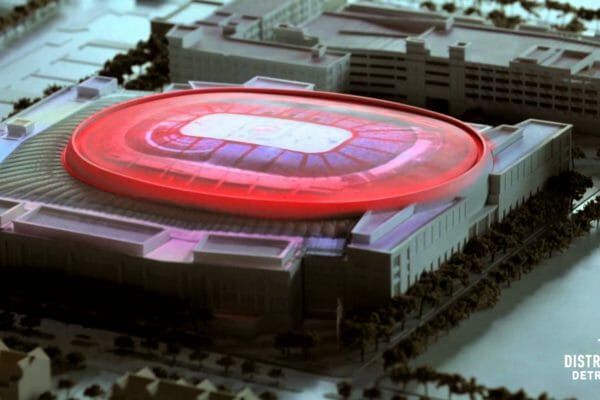 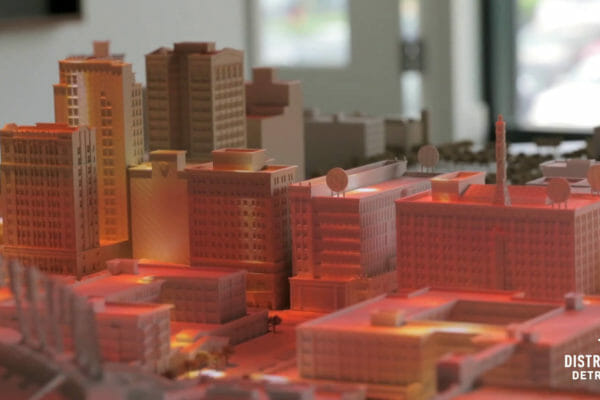 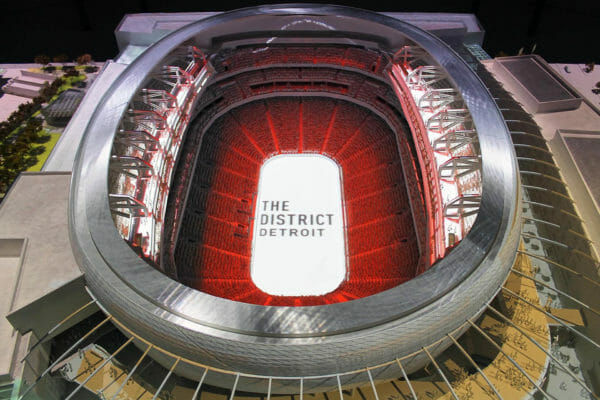 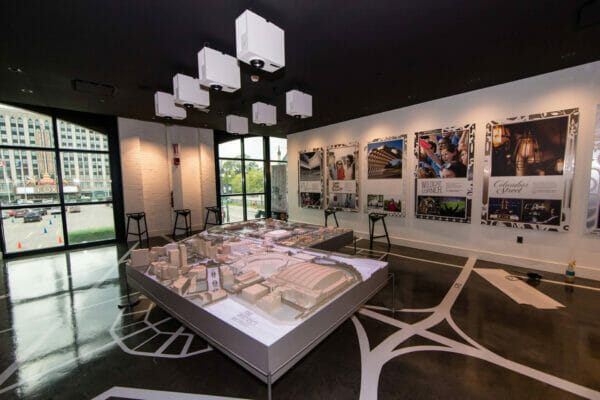 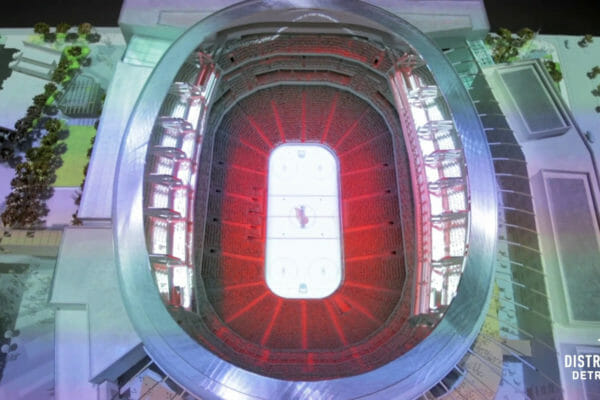 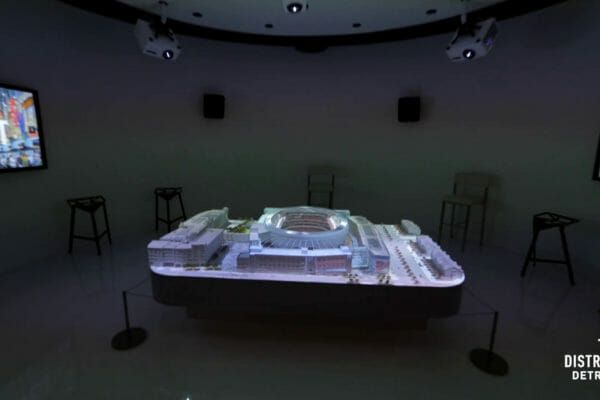 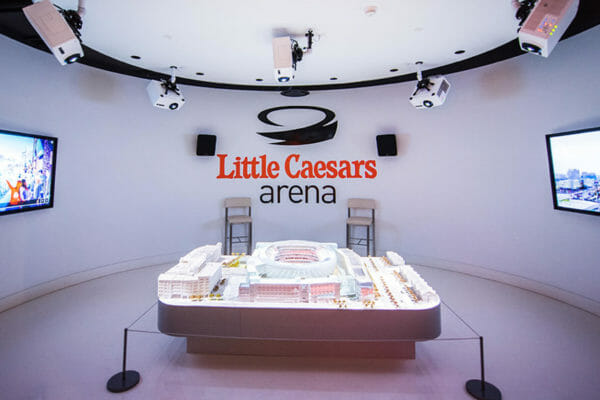 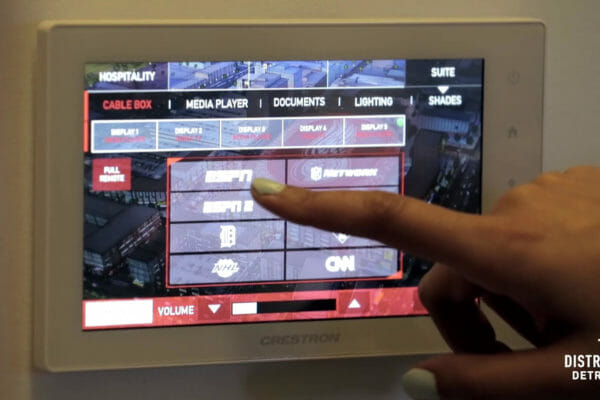 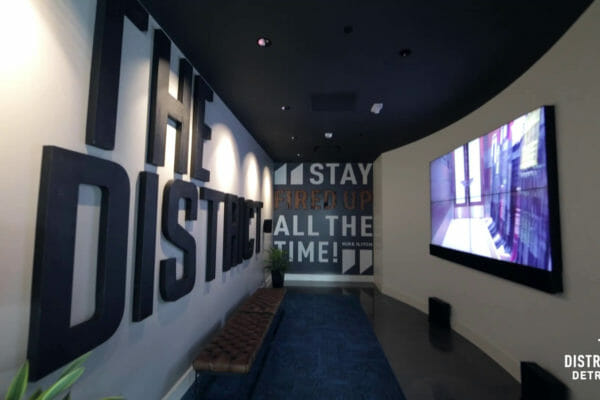 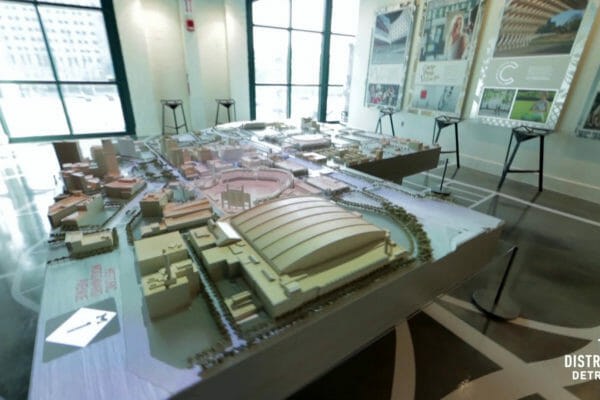