How do you immerse an audience into a jersey without having them all put one on? Start with some fog, add lighting, and projection map a lion head. Add a 360-degree stage with presentations happening in every direction and you’ve wrapped the audience tighter than a jersey ever could!

In 2017 the Detroit Lions released a new jersey – a perfect reason to bring together fans and press for an exclusive first look. The team at Bluewater was there to support this immersive fan experience.

To keep things intimate the stage was designed to be held in the concourse of Ford Field. This allowed for a 360-degree experiential canvas to be created for fans to participate in. Multiple projection surfaces, a projection-mapped lion head, pyro, and plenty of fog brought the space to life!

The main stage provided a platform for the team to speak about the change and offered visibility to the jerseys that were eventually brought out to be on display. This was also home to the projection-mapped lion head. This polygonal construct was projection mapped with team colors and animated and timed to other content pieces to give it some life. 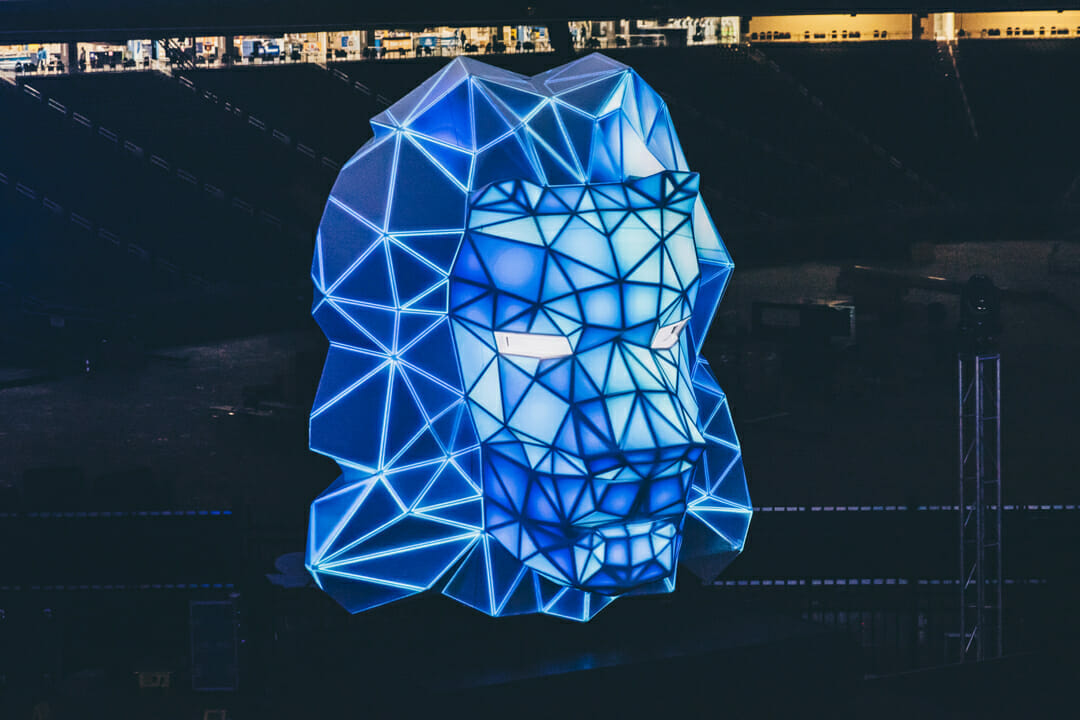 Behind the stage, a large-format projection surface provided a canvas for content. This canvas extended by three large-format screens that were hung in portrait orientation off the mezzanine supports. Each screen acted as an individual display for content and worked together as one larger display for an exhilarating run of show program highlighting the history of the team and introducing the new jerseys. 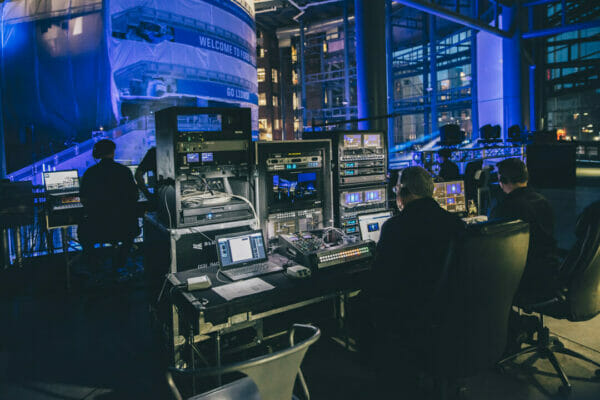 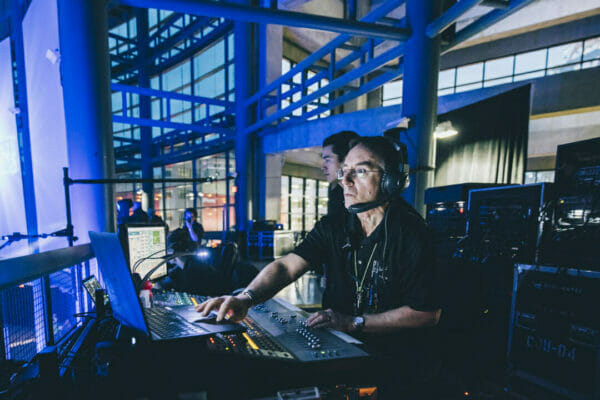 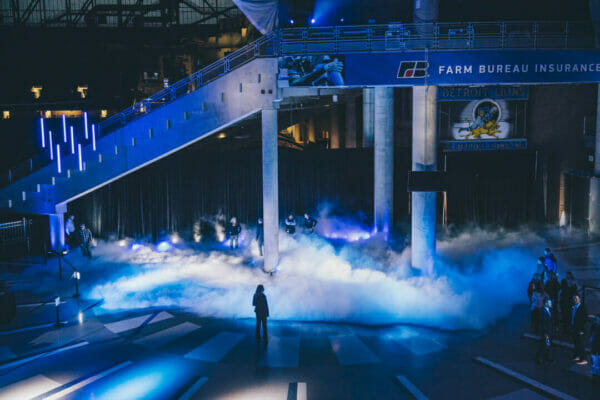 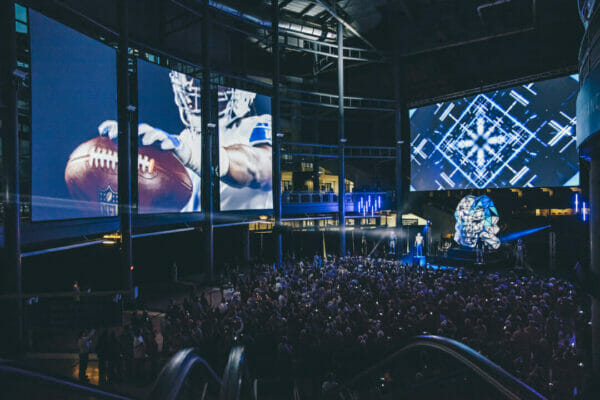 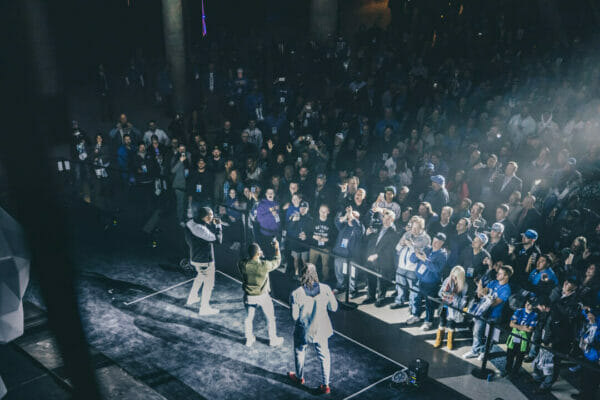 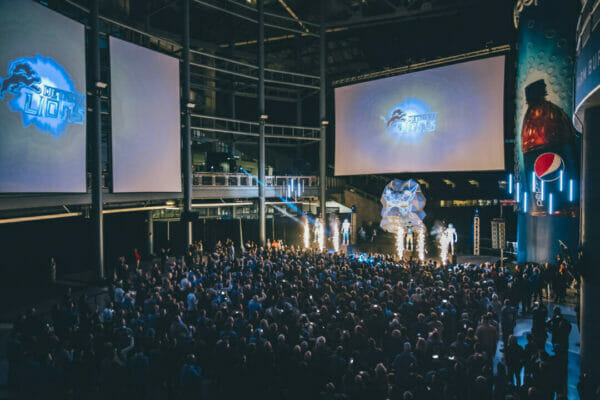 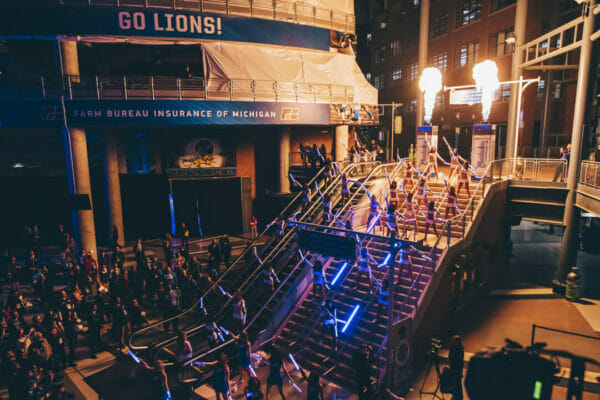 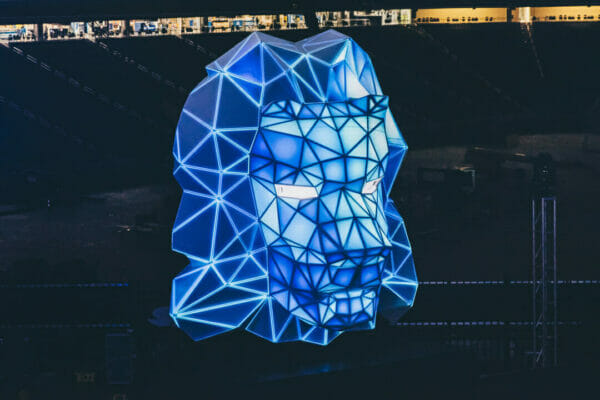 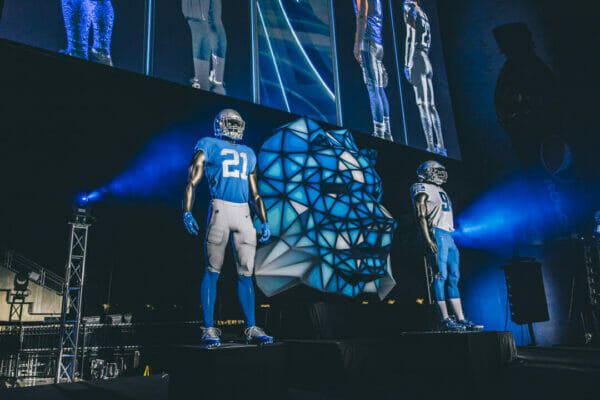