Walmart at The Essence Festival

Each year the ESSENCE Festival brings nearly half a million visitors to New Orleans for a unique celebration of culture, connection to community, and access to content that inspires and empowers! By day this festival provides the nation’s largest annual gathering of African-American empowerment seminars, and by night offers up incredible musical performances by some of the world’s greatest artists!

Walmart has been a long time sponsor of this event, activating a booth and experiences throughout the city to provide education and entertainment for this important cultural event. For 2018 Walmart brought in the team at Bluewater to design the booth space, provide the required audio, video, and lighting elements, and to create some thoughtful brand activations to help bring the space to life and engage the attendees. It worked, because the booth won Best Consumer Environment at the festival! 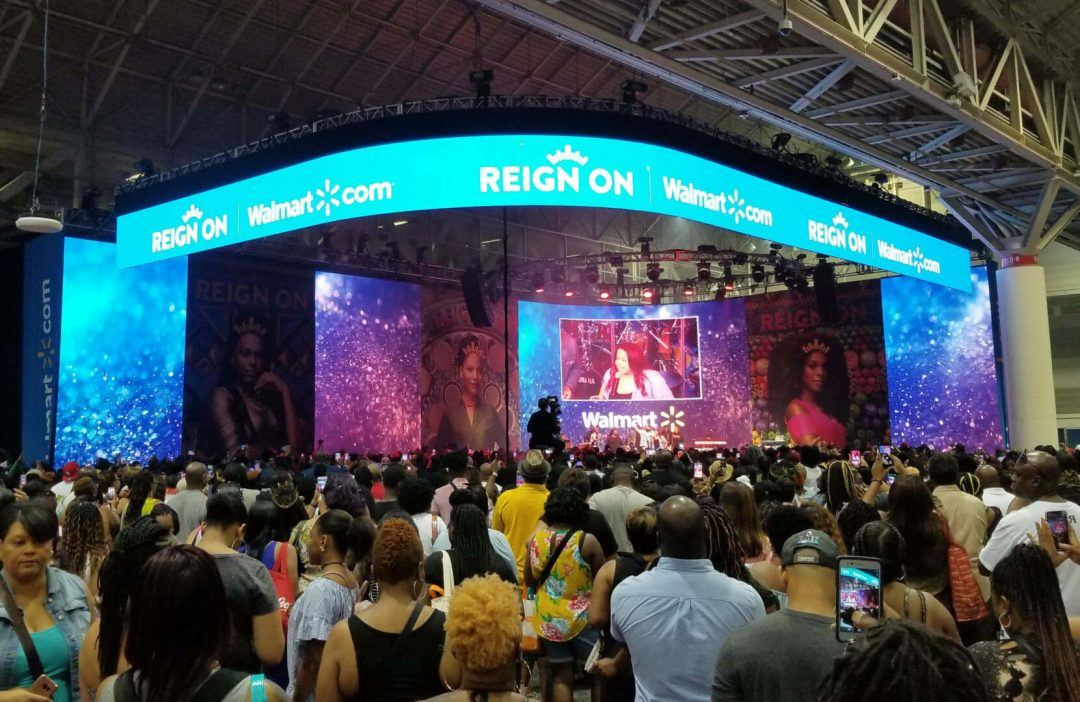 The tradeshow booth was designed to be open and inviting. This allowed for brand messaging to be seen across the hall, flexibility in the layout of the activations and other partner experiences inside the booth, and to accommodate the insane traffic that’s expected on Gospel Sunday, when the entire booth transforms into a stage for musical acts and appearances! The back wall was designed with 4 large LED walls, broken up by 3 large format print graphics. A long LED ribbon curved around the front of the booth to give the space more depth and provide a more finished look to the space.

Our favorite to develop (and play!) was the Endless Aisle Runner. This branded game pit two  contestants against one another in a race for high score. Playing as a Walmart Associate, contestants had to run in place to propel the in game avatar down the Aisles of their favorite retailer, while using their hands, reach out to collect items off the shelf as they appeared. Each player stood in front of a 85” 4K display, on a custom built platform outfit with pressure sensors. These platforms are what provided the control for forward movement. A Microsoft Kinect positioned on top of each display captured hand positions for item collection. 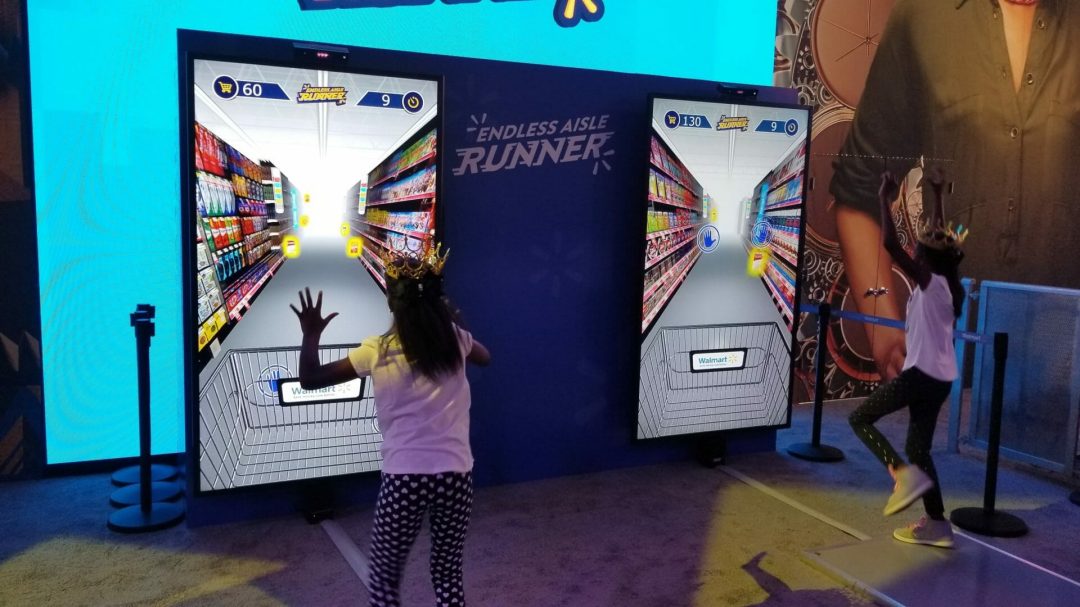 This activation provided guests with a DIY or brand ambassador led photo opportunity. The space offered two distinct backdrops on the lower portion of one of the LED walls for attendees to pose in front of.  On one side was an ornate throne, with Walmart branding and the #ReignOn hashtag. On the other side was a creative treatment in the form of a deck of cards, with the Queen card face up, and similar branding. These photos, along with others from activations and general social chatter, helped fuel the social wall in the center. 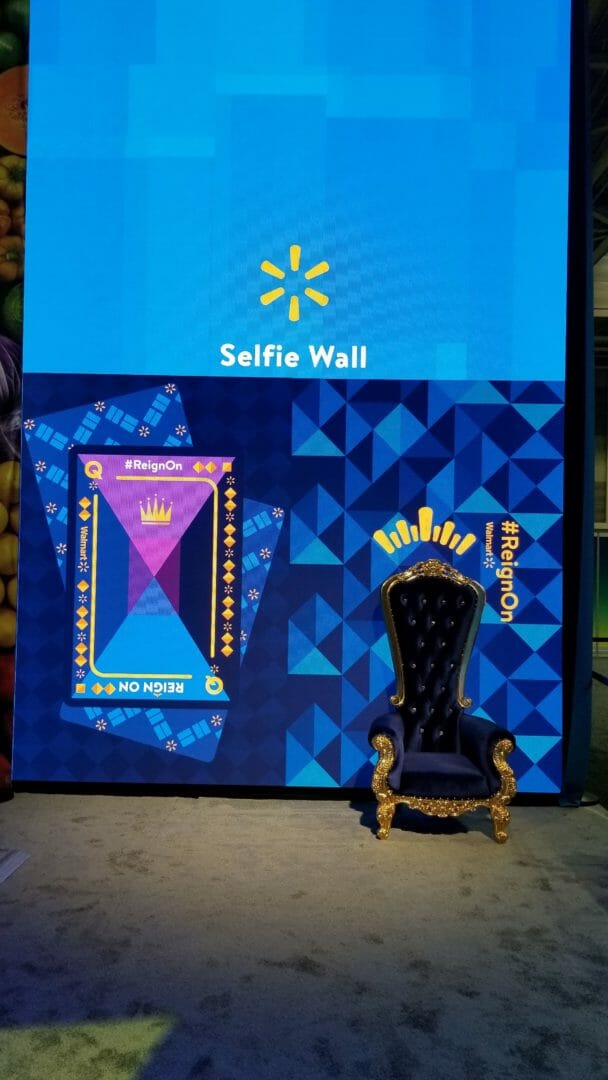 “I AM” Photo Experience

The “I AM” Photo activation used a Surface Pro Tablet, Intel RealSense camera, and Bluewater’s ShareBot Sync technology. Attendees would enter their email on the Surface Pro, stand in front of the backdrop, and a series of randomized positive words would surround and outline the attendee. A display let them see a preview before the shot was taken. A brand ambassador would take the photo and an email would be automatically sent to the email address entered. 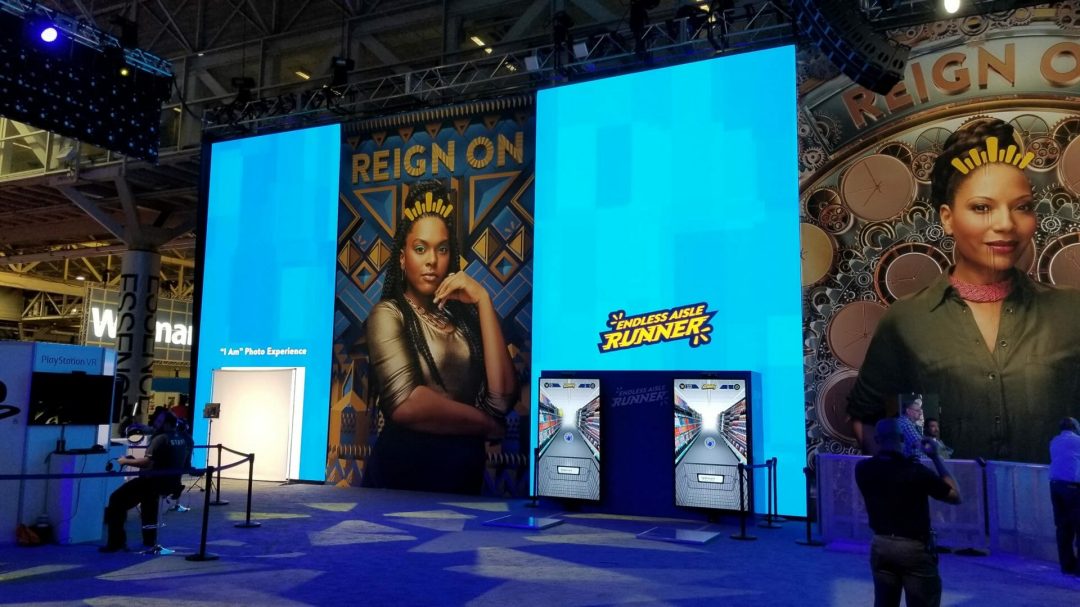 User generated content works great to keep things feeling fresh, and to bring the audience into the mix. Content tagged with #ReignOn and other Walmart picked hashtags for the weekend were pulled into the TagBoard platform, where they were moderated by the Walmart marketing team. Those approved were sent to the center LED and put on display. Our team supported the on-site activation ensuring the display was properly setup, and that internet connectivity remained active throughout the event. 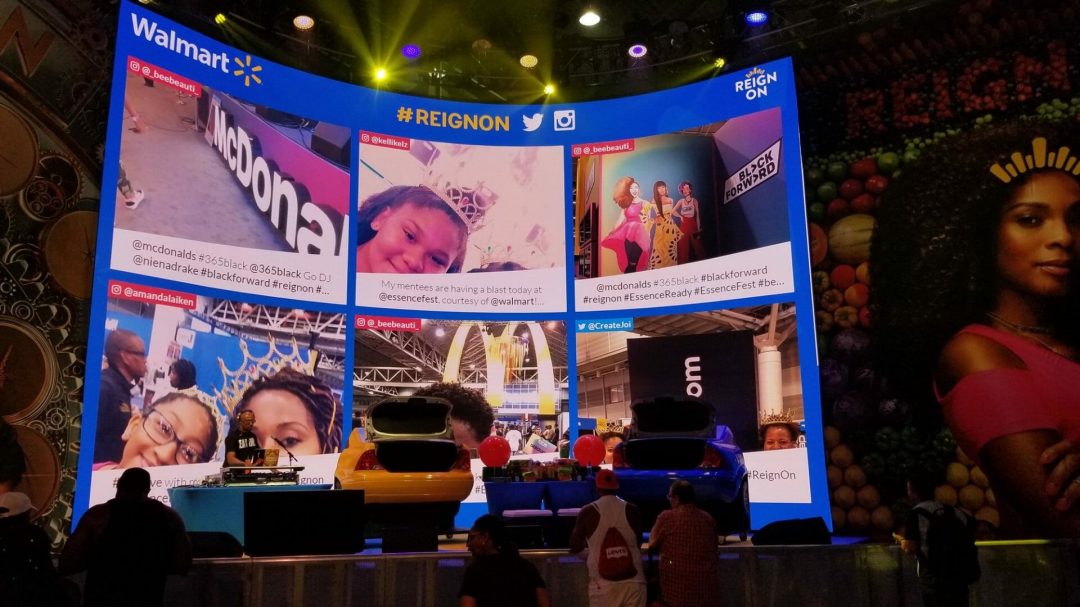 On top of outfitting the space with interactive experiences for attendees, the Bluewater team armed Walmart Ambassadors with a branded lead capture system running on Bluewater’s lead capture platform. Over the course of the weekend this system collected over 3,200 unique registrations for the retailer! This information was immediately sent to Walmart CRM for processing. 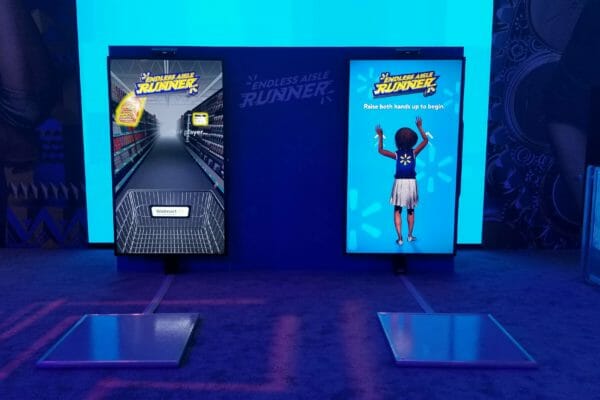 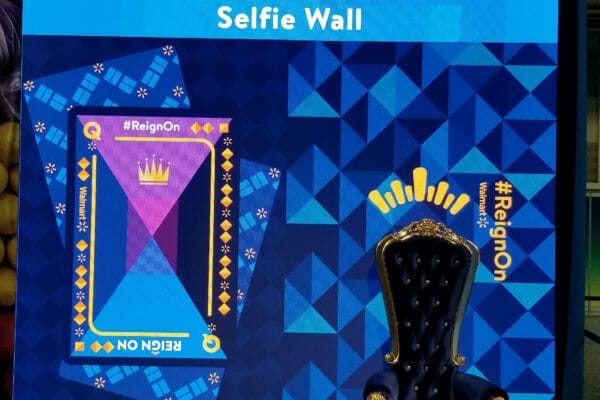 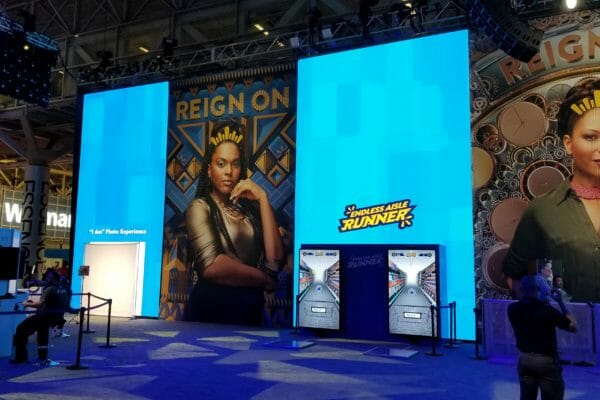 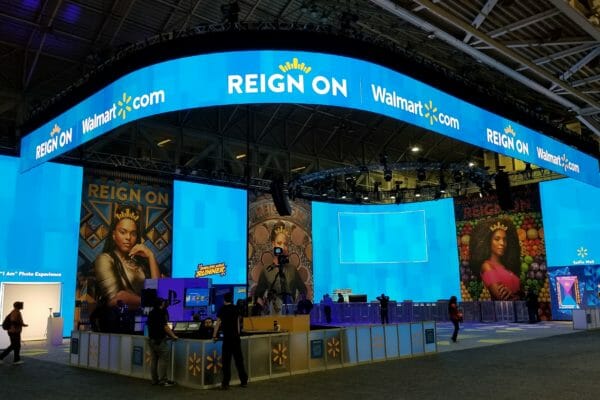 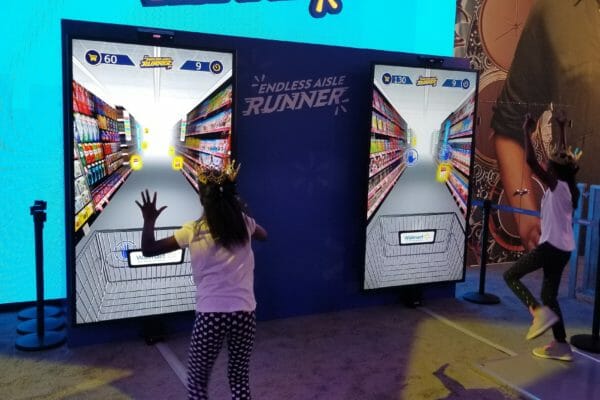 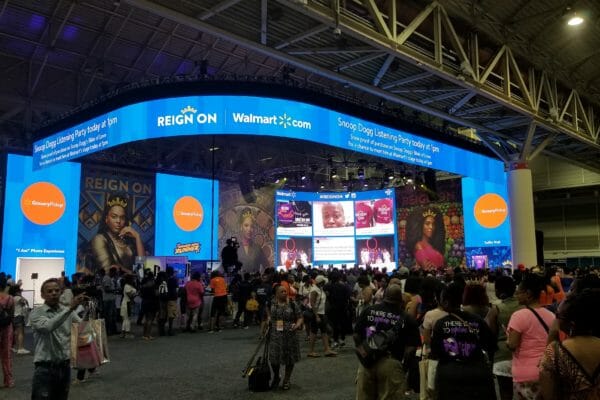 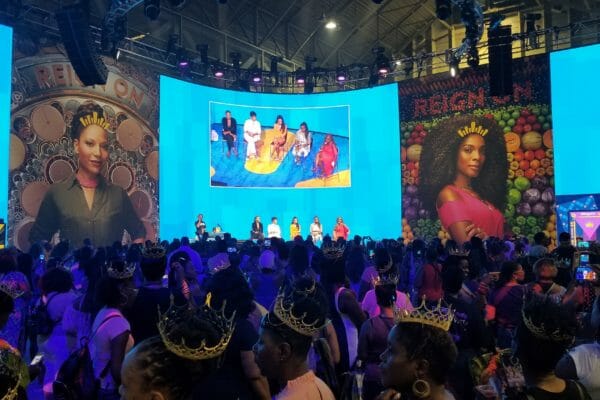 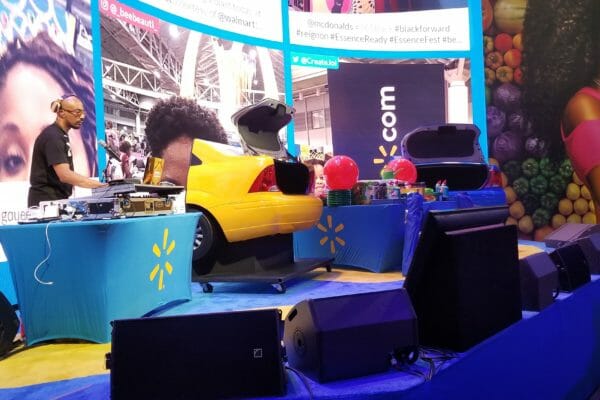 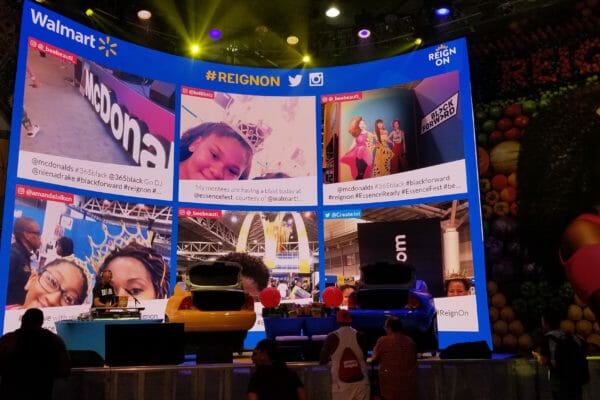 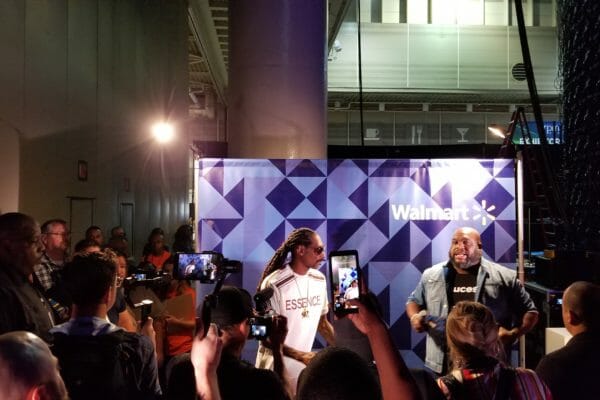 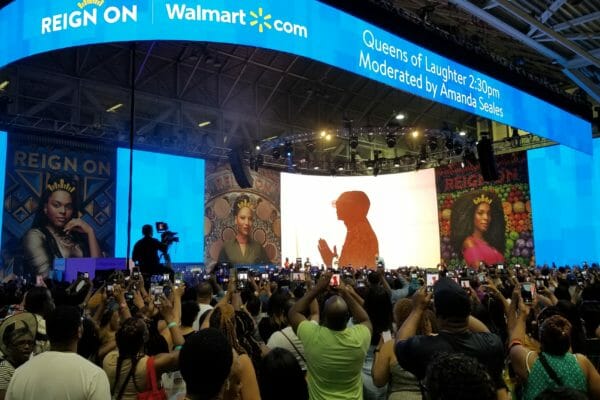 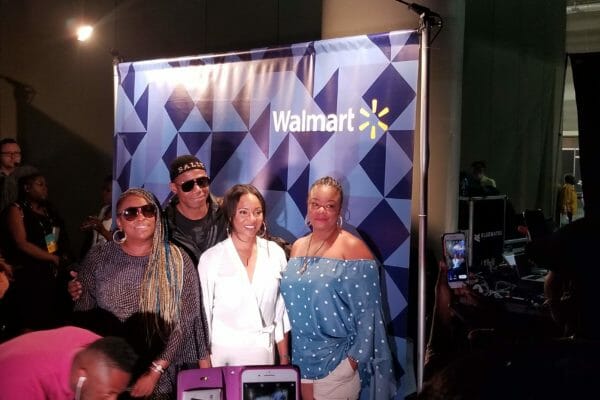 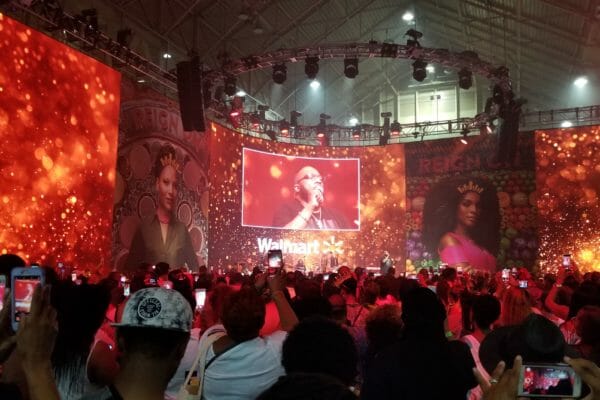 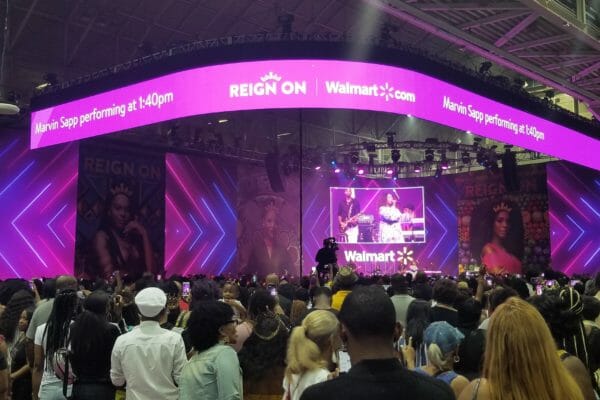 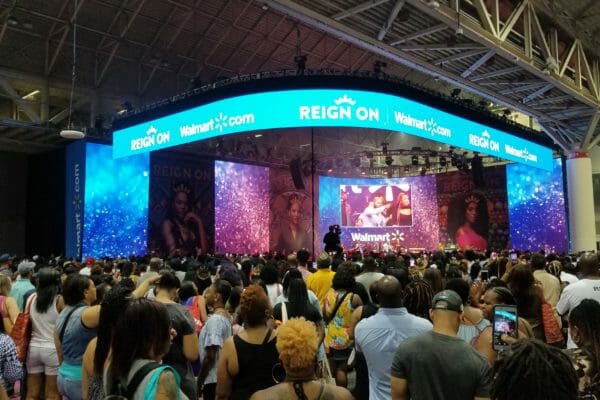 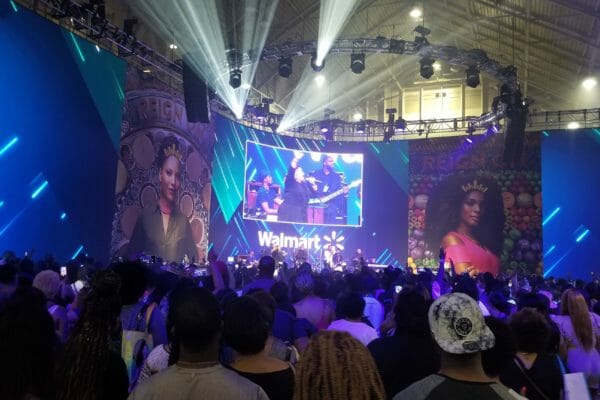 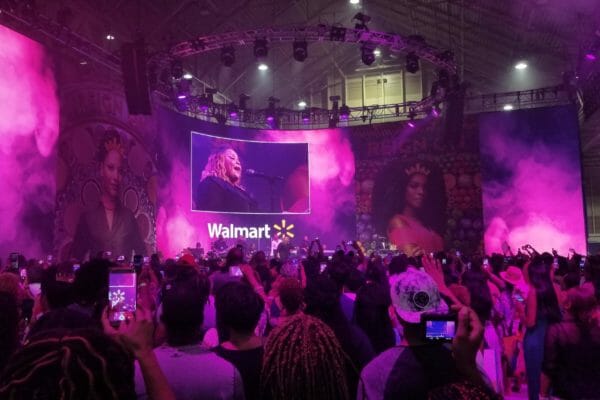 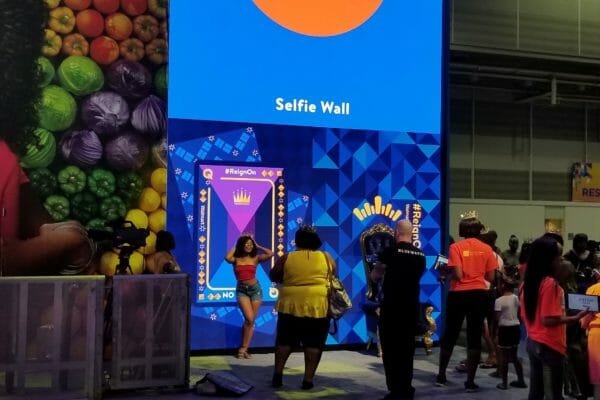