UAE Year of the Fiftieth

A ceremony celebrating the 50th anniversary of the Gulf nation's founding, at the Kennedy Center in Washington DC.

What better way to honor the 50th anniversary of a country than holding a year long global celebration so that those who identify with the region, regardless of where they live in the world, can participate. From April 6th, 2021 until March 31st, 2022, it is the UAE Year of the Fiftieth.

From the Ministry of Economy;

2021 was declared as the “Year of the 50th” by His Highness Sheikh Khalifa bin Zayed Al Nahyan, President of the UAE, to celebrate the nation’s outstanding milestones for the last 50 years since its formation in 1971, and to embark on its new journey for the coming five decades.

The “Year of the 50th,” which officially begins on 6th April 2021 until 31st of March 2022, is deemed as a historic defining moment that includes year-long activities, initiatives, and major celebrations, headed by the UAE Golden Jubilee Committee.

One of those celebrations took place at the REACH found within the Kennedy Center in Washington DC and our team was tasked with defining the experience. While this is already a beautiful space, the ask from the ambassadors was to transform the environment in a way that would transport guests into the rich history and beauty of the Middle East – but to keep things subtle.

In order to achieve the desired level of immersion, we started our design process by reviewing materials published by the UAE, and exploring relevant cultural pieces such as middle eastern architecture, calligraphy, and photography. 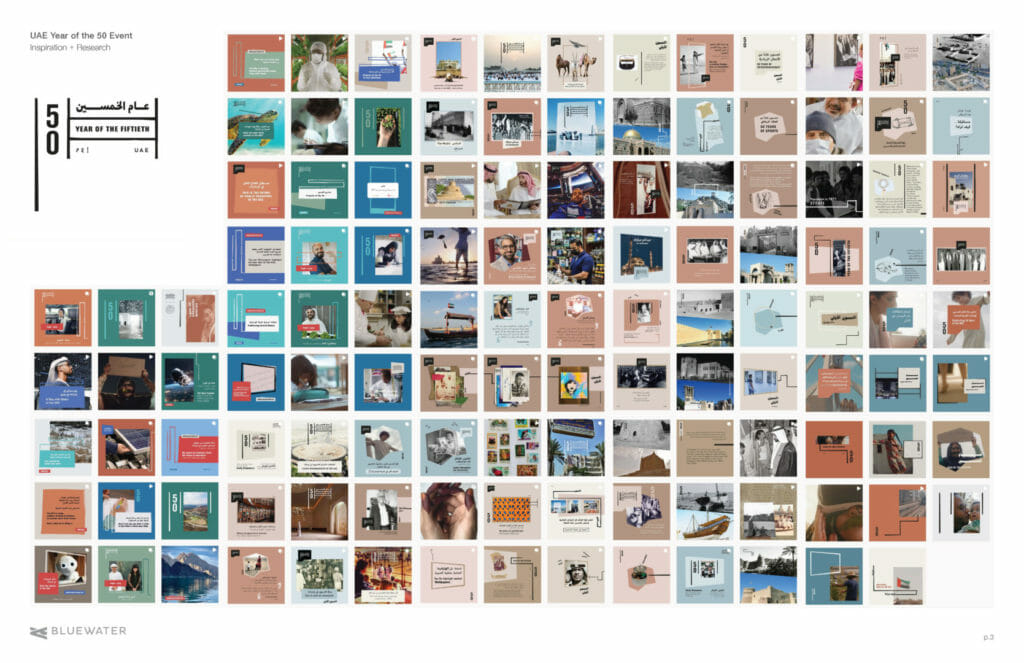 This initial study helped craft the appropriate tone, color palette, imagery, and ultimately create a journey through the space. This document guided the remainder of the production planning – equipment requirements, scenic pieces, lighting, and all required media elements. 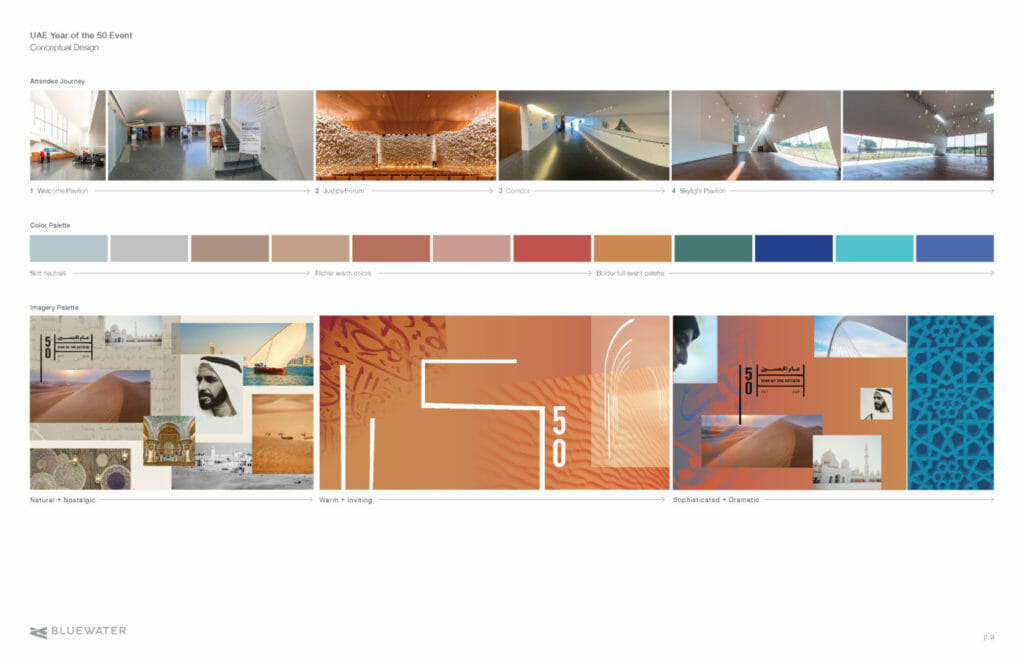 The resulting experience included large format projection on key architectural points within the REACH, wireless lighting to wash the walls without clutter, and gobos to add important textural layers throughout the space. A series of illuminated doorways drew from architectural elements found in the UAE, helping to create the entryways between spaces. Animated content slowly consumed the space, offering a historical journey of the UAE over the years, along with key messaging for the Year of the Fiftieth.

The result was truly transformational. One of the client ambassadors who is intimately familiar with the space at the Kennedy Center stated before the doors opened, “If you could somehow transport a person into this room- they would never know where they are.” 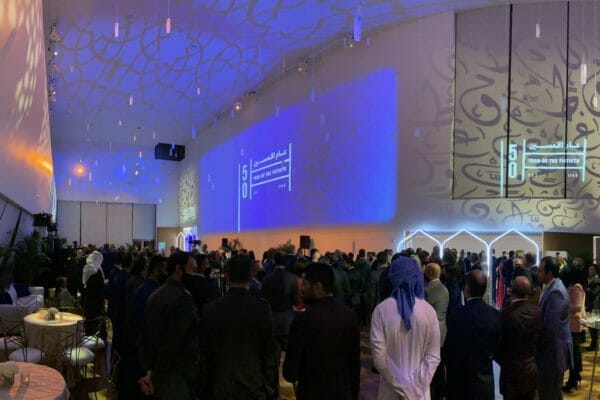 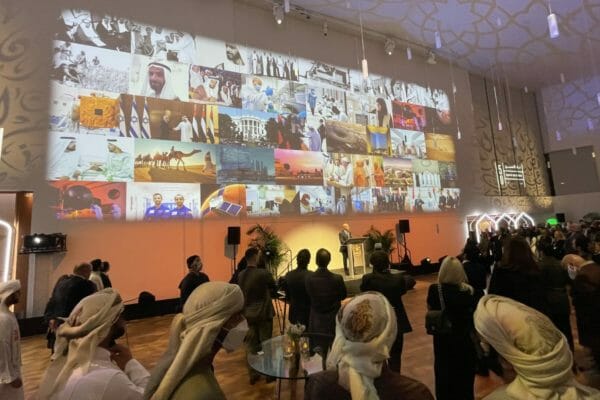 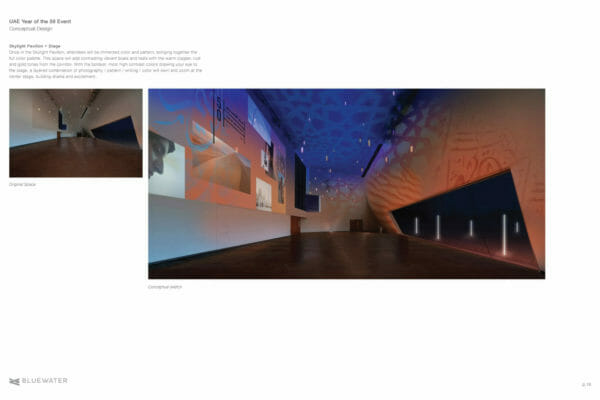 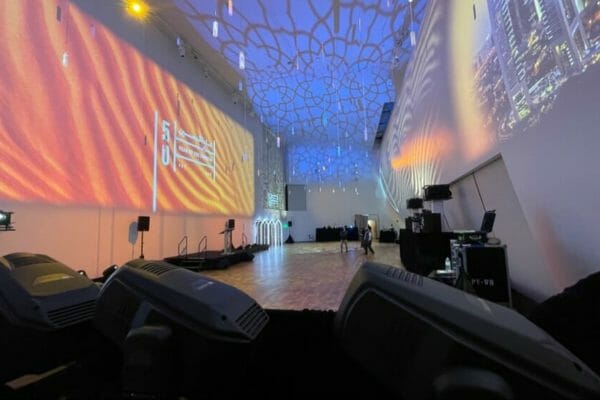 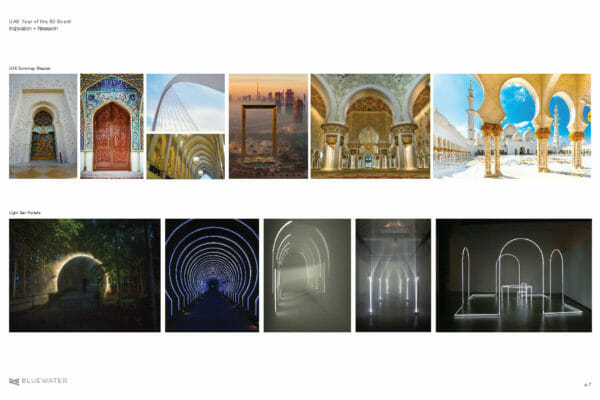 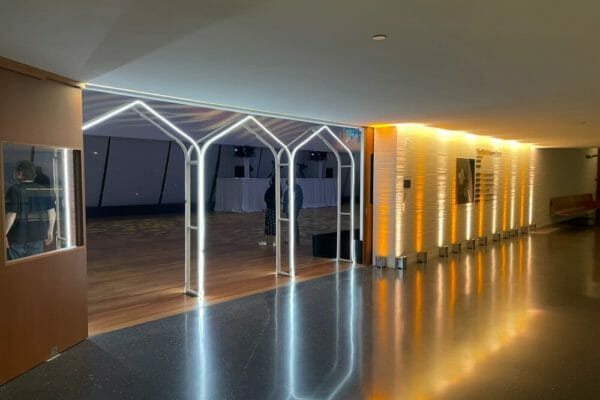 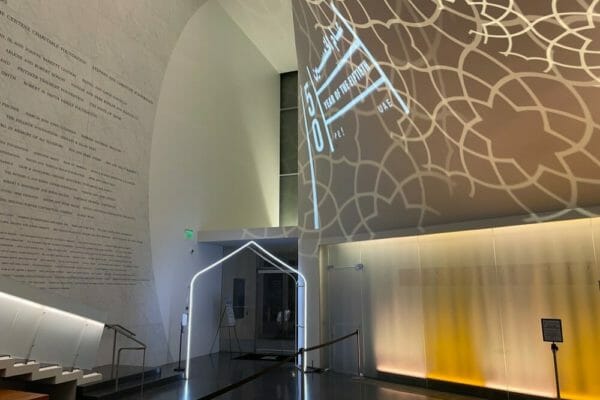 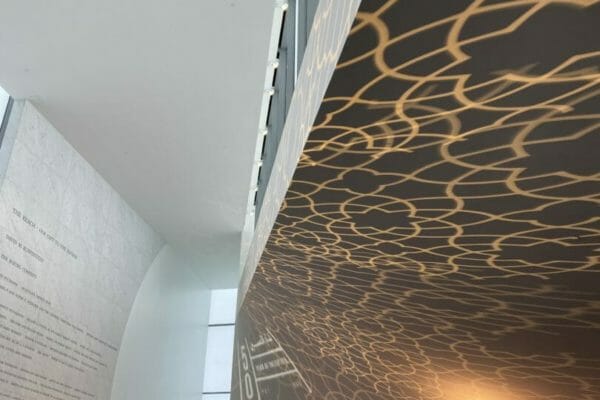 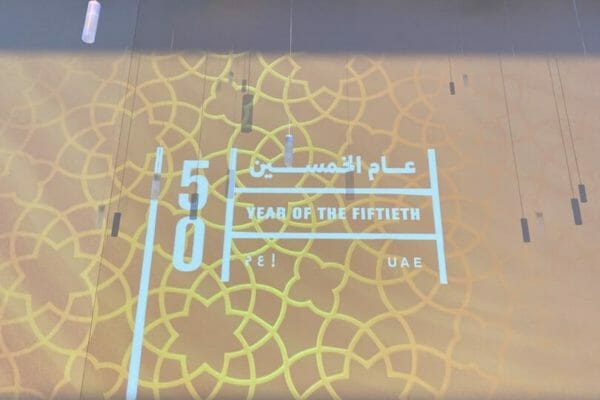