MTN DEW lit up the court during the All-Star weekend with Courtside Studios - an interactive fan experience that served up hoops, music, and style!

MTN DEW lit up the court during the 2019 NBA All-Star weekend with Courtside Studios – an interactive fan experience that served as the ultimate access point for all things hoops, music, and style! Fans came for the athletes, musicians, and influencers but stayed for the unique brand activations we helped provide.

DEW is kicking it up a notch this year at NBA All-Star. We’re bringing back Courtside Studios and are more excited than ever about the players, legends, musicians, and personalities we’re bringing to the space. Fans will get to see some of the stars they love in some unexpected situations, sure to result in some of the best shareable moments of the weekend. – Erin Chin, senior director, marketing, MTN DEW.

We brought fans closer than courtside. The team at Bluewater was tapped to support the event’s production, bringing much of the required audio, video, and lighting, and providing technical direction for a number of experiential activations. 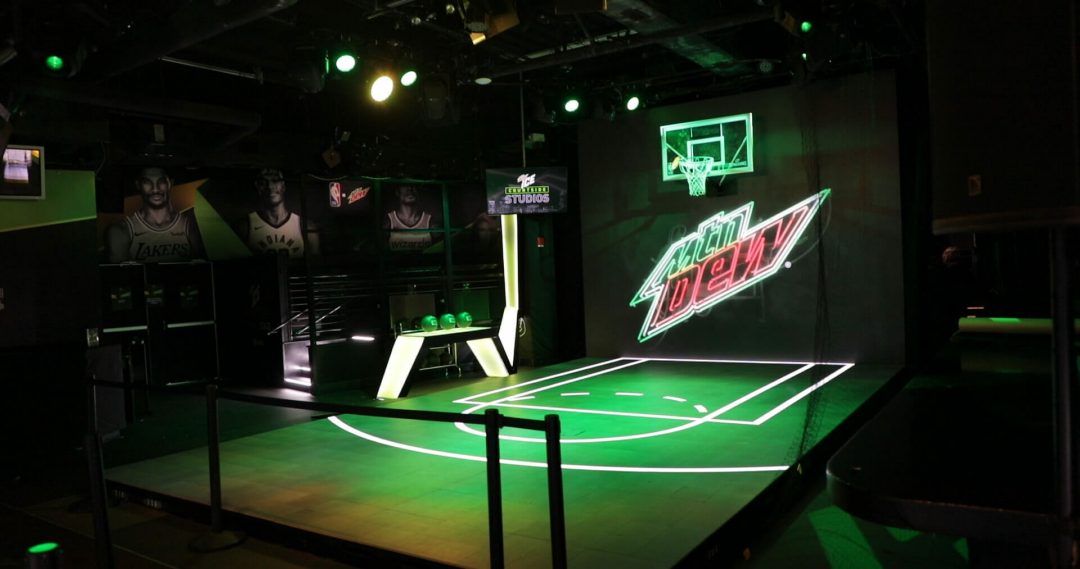 The highlight for us was the interactive basketball court, made entirely out of LED. A full back wall provided a high-resolution canvas for content and continued down along the floor. Fans stepped up to the regulation hoop, and a moving ring would light up on the floor to tell them where to take the shot. The court was later transformed into a stage for a live Migos performance! 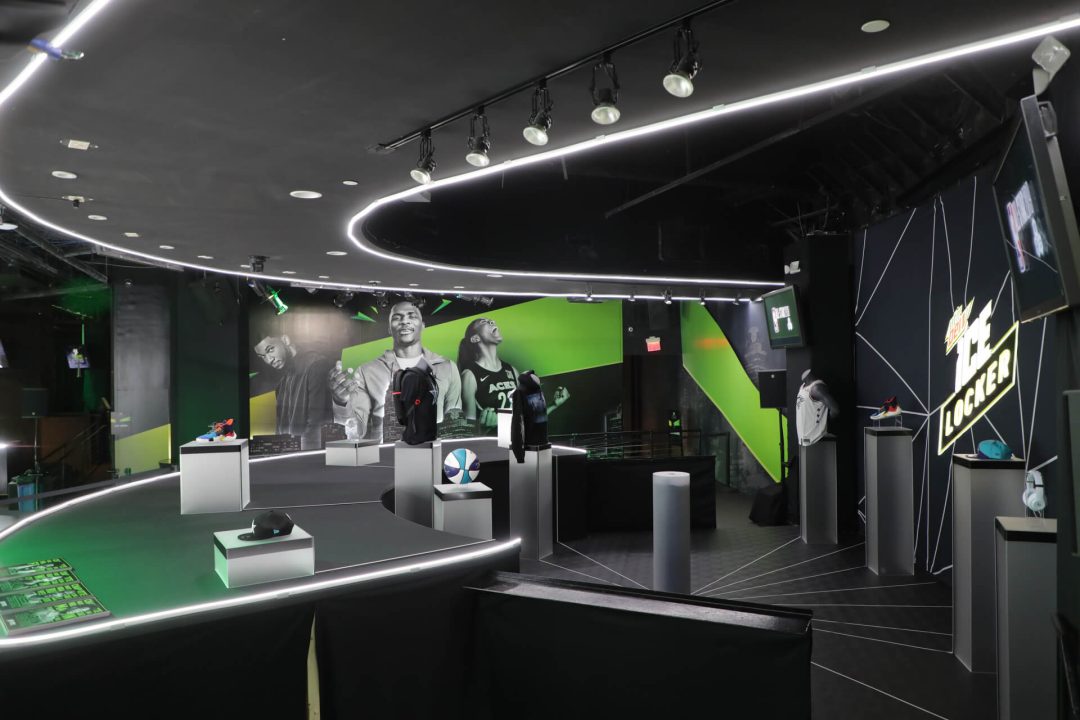 The MTN DEW Ice Locker activation offered a spin-to-win experience that leveraged a physical build embedded with interactive lighting elements. A center pedestal served as the trigger for this experience, connecting out to a ring of prizes that included headphones, basketballs, and other athletic apparel. Fans placed a can of MTN DEW in the pedestal in the center to trigger the activation. Lights would circle around them and eventually land, lighting the path to the prize they would win. The rising stars that attended only bolstered the production and made the overall event a huge win for all. 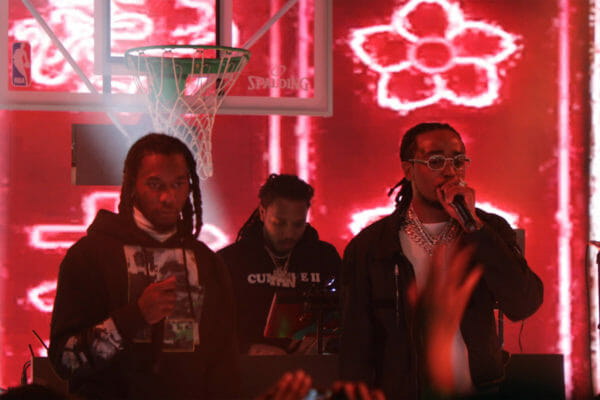 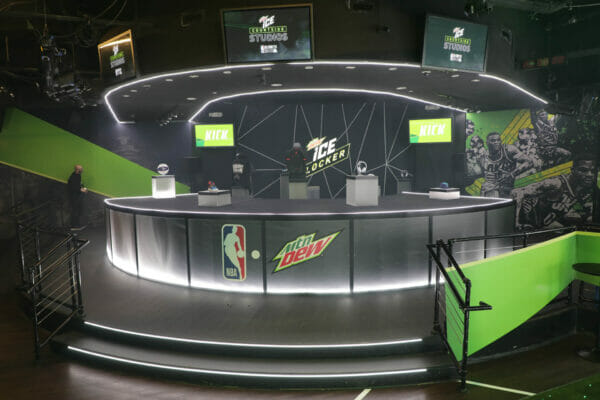 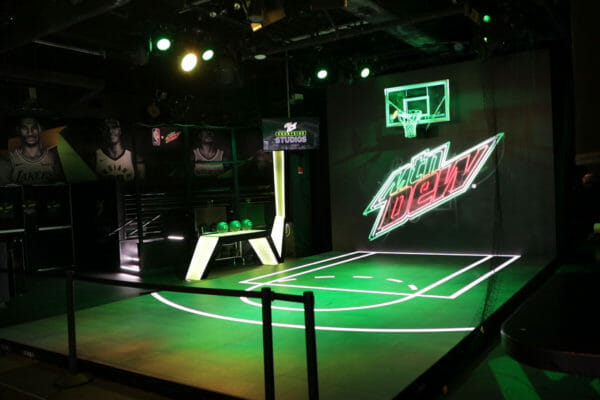 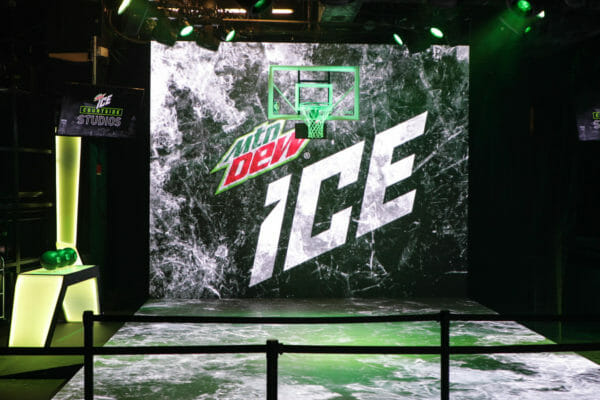 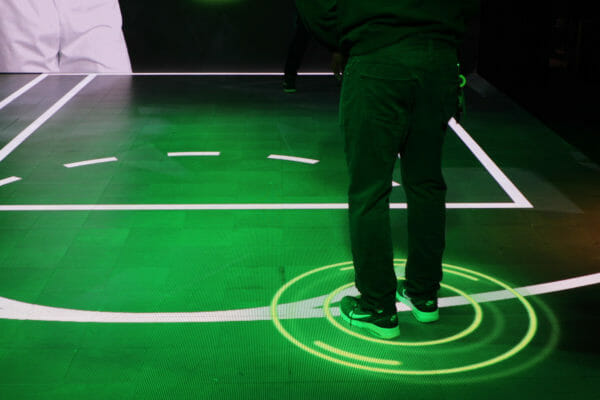 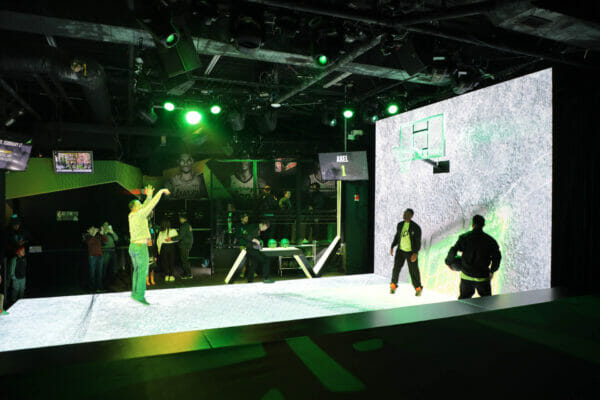 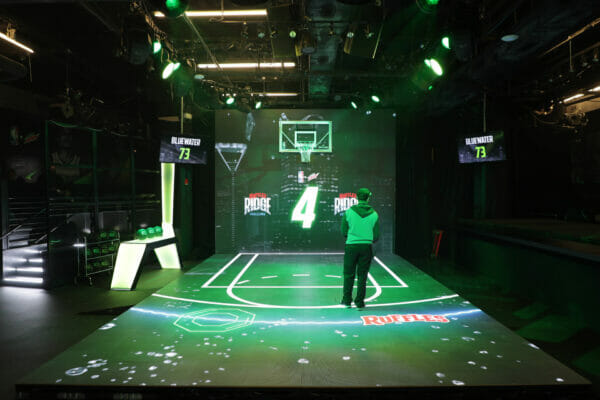 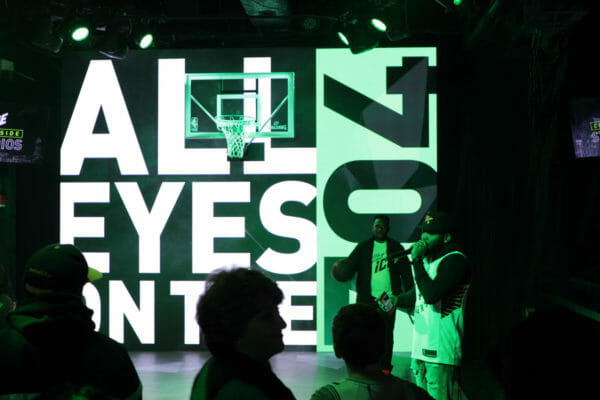 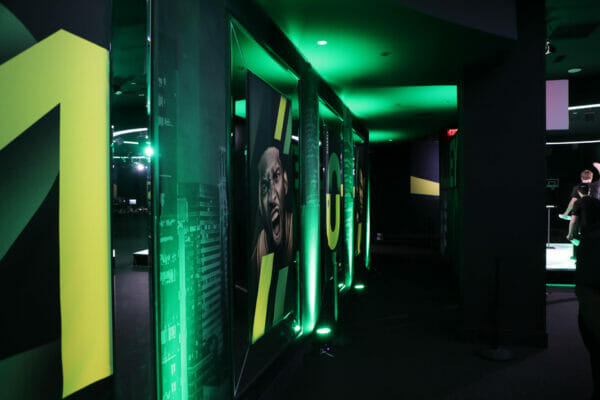 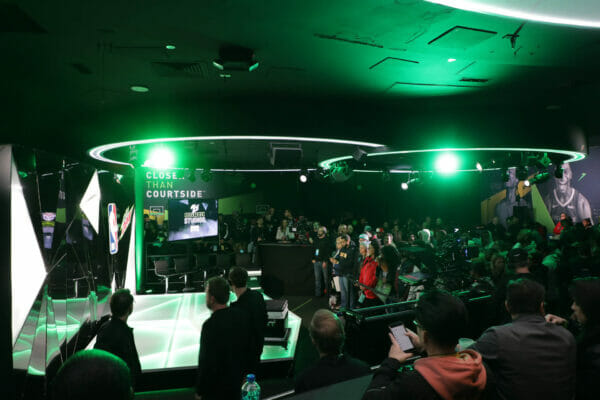 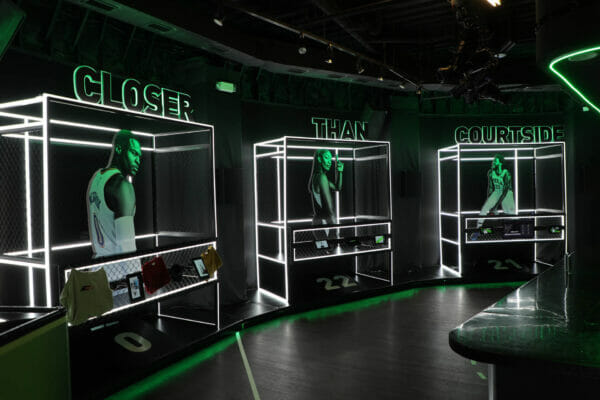 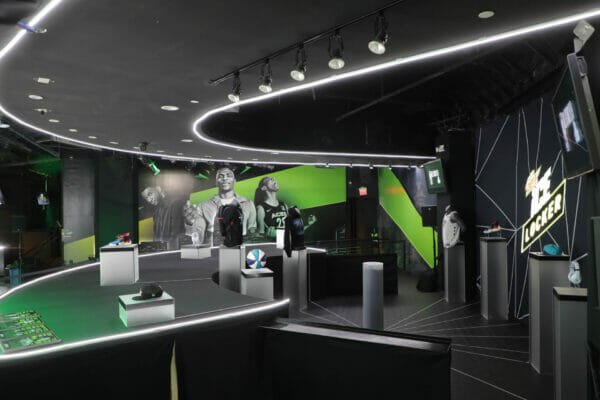