See what it was like inside the iconic Michigan Central Station, 30 years after it was last open to the public!

Investing in the future of Detroit.

“For Detroit” opened the iconic Detroit Train Station to the public for the first time in 30 years. The event, designed by Red Paper Heart, was as much a press event announcing the future of the historic building and Ford’s commitment to the future of Detroit as it was a celebration for the community – many who use the station as a barometer for how the city is doing.

“By renovating a symbol of the city’s decline, [Ford] hopes to create a magnet for the talent needed to prevail in the next automotive era.” – New York Times

Inside, visitors were invited to explore the history, culture, and presence of Detroit. A scaffold structure held lights that showed off the architectural beauty of the station, and a gallery of imagery depicting life and culture in Detroit. Projection onto the barrel vaulted ceiling provided a canvas for visitors to share their ideas for the future of Detroit.

The team at Bluewater was brought in to provide production support for this red-letter event. This included furnishing equipment, providing technical labor, and assisting with technical direction for the various displays. 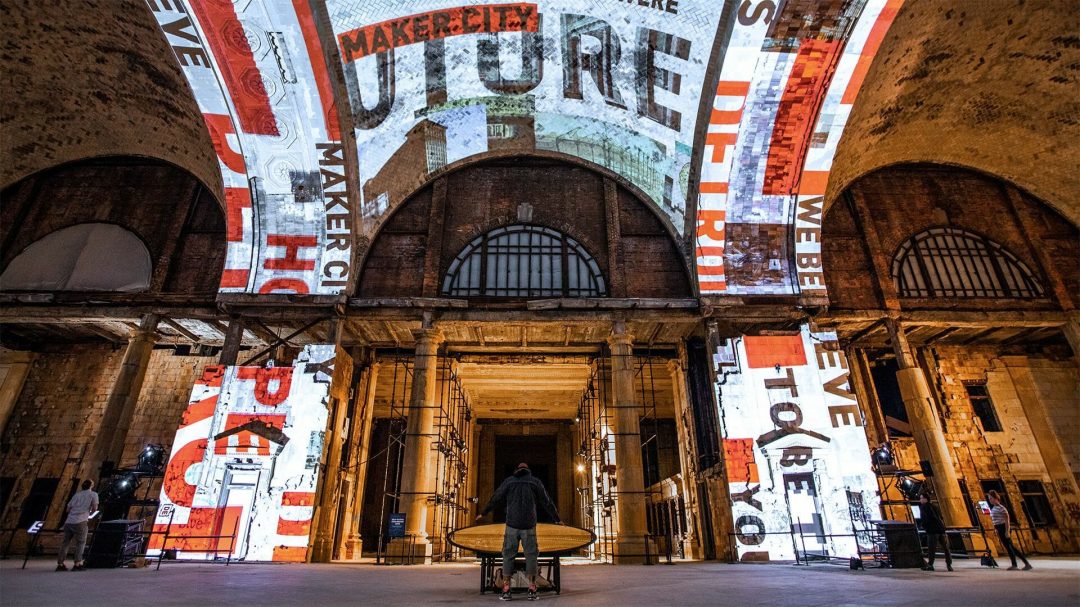 One of the main focal points for this event was a projection mapping onto the stations barrel vaulted ceiling. The content was a stylized text, created from audience input that was entered in on an iPad. The prompt  “What would make Detroit prosper is  _____ ” encouraged visitors to offer up their wishes for the future of Detroit. Bluewater provided the projection and media server programming that was required to activate this experience.

Another area of interest was a scaffold built gallery, which housed different artifacts documenting life and culture in Detroit along with mirroring shots of the station from that time frame. 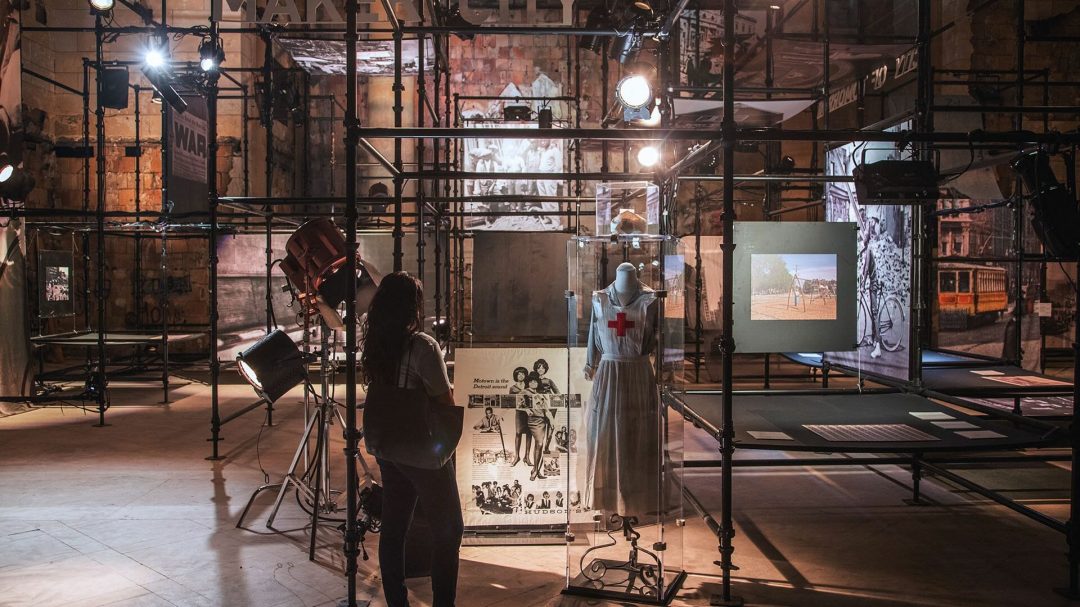 You can explore the gallery which chronicles life and culture in Detroit, that was also interspersed with historically matching shots of the station to parallel the social barometer that the building has become for Detroit. Beginning with the station’s grand opening, to times of war, to its fall from grace, and now at its rebirth.

Directly outside of the station, Ford held their press event. Bluewater staged multiple LED walls to provide the canvas for the press event presentation. LED provides the necessary brightness to combat high ambient light (ie. mid-day outdoor) ensuring the content was clearly visible to all of the attendees.

With the event being open to the public, and Detroit being such a diverse community, the team wanted to ensure no one felt left out of any part of the experience. To accommodate that there were no issues viewing the vaulted ceiling projection, Bluewater was asked to fabricate a large circular mirror as a way to make it easier for guests to view the content. The black trimmed 8’ mirror was created using some staging elements, matching it to the overall industrial look. The mirror was set on a 30 degree angle making the projection mapping content visible to everyone, regardless of any physical restrictions. 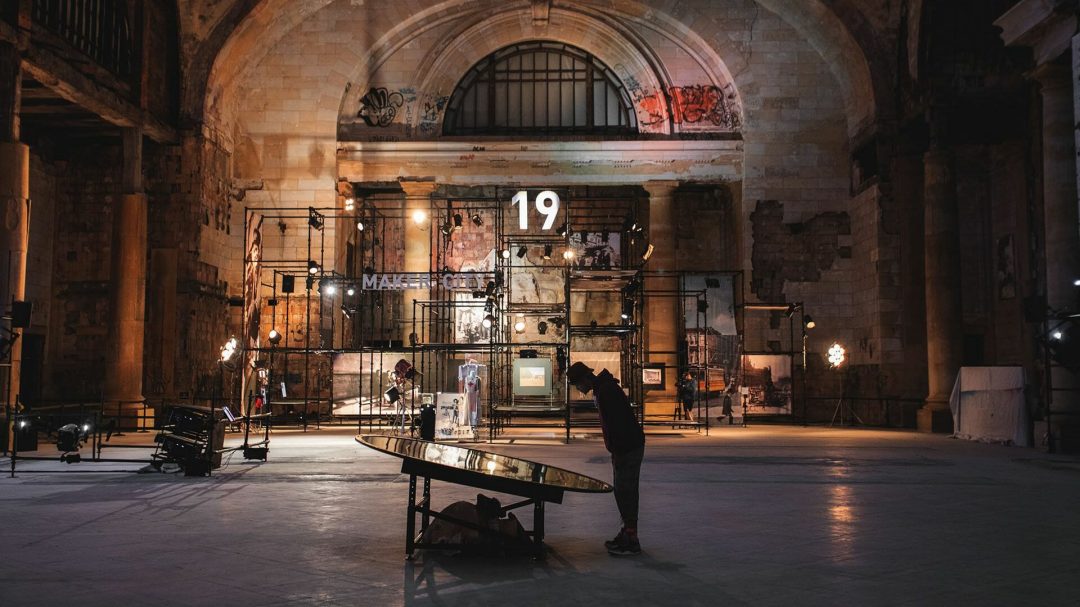 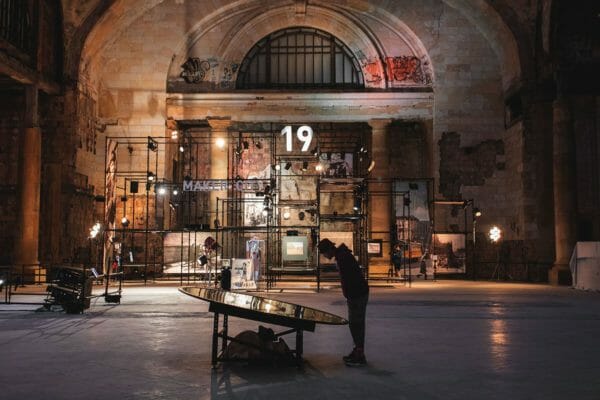 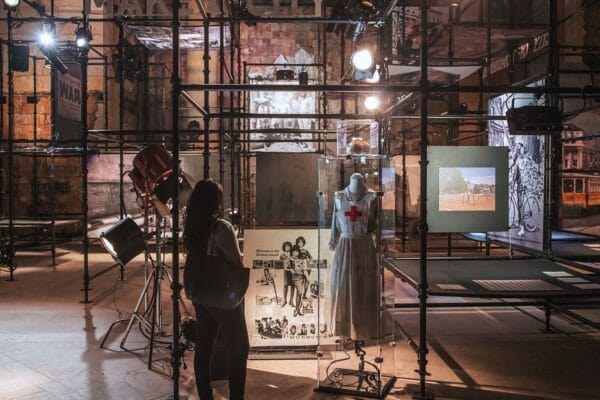 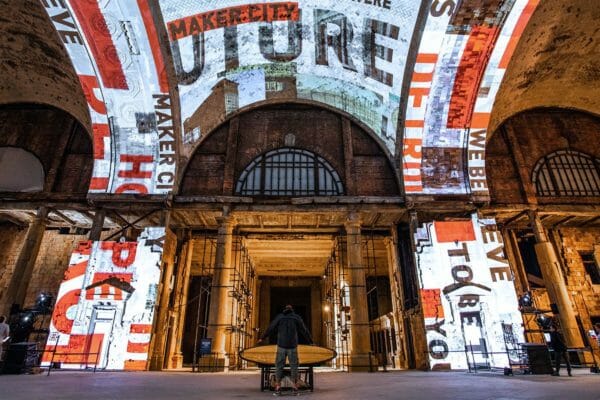 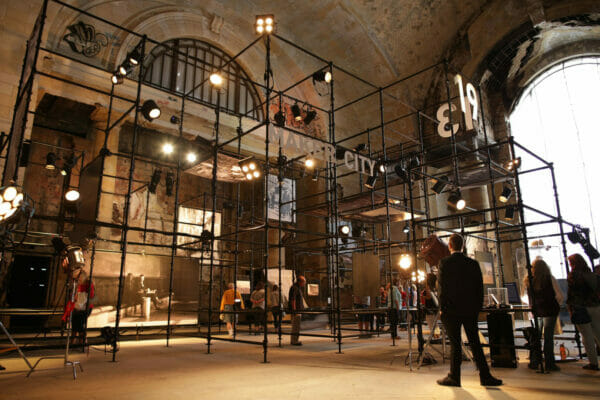 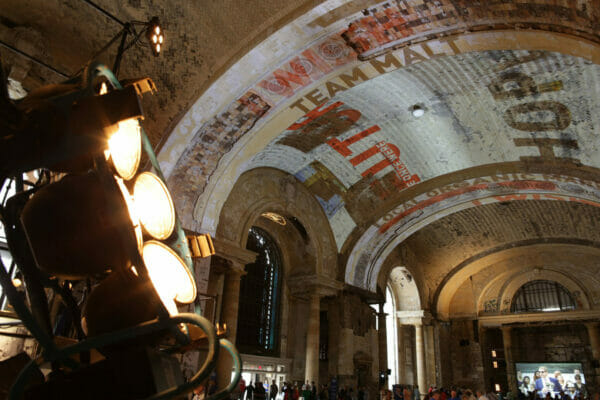 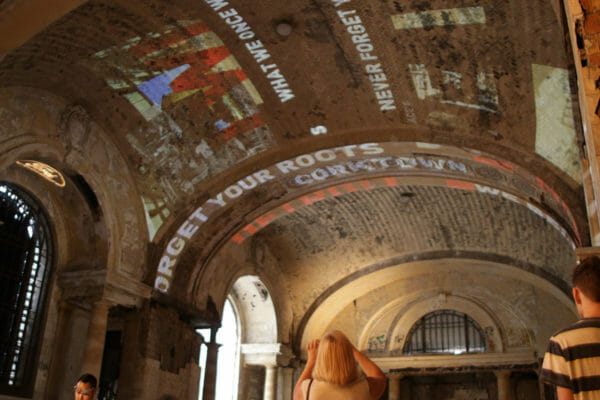 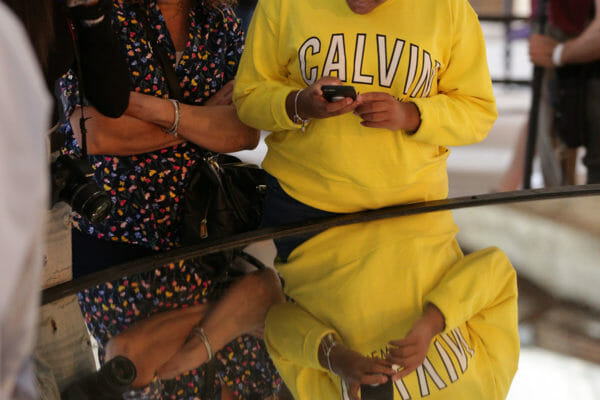