Bringing safety and sanitization to the Choctaw Nation tribe.

Early on into the COVID-19 outbreak, many grocery stores like the Choctaw Country Marketplace realized that grocery carts truly were the epicenter of potential virus and bacterial spread inside grocery stores and retail settings. This is because grocery stores were one of the few places that people still needed to venture out to during the stay-at-home orders, resulting in a large volume of people passing through grocery stores daily.

For the Choctaw Nation tribe, who have five food distribution centers across their reservation, it became important to find a better way to control the spread of germs other than do-it-yourself cleaning methods which left the sanitization of shopping carts largely in the hands of their shoppers or grocery workers who had no formal training in sterilization.

So, when they reached out to Bluewater to learn more about our Soteria sterilization shopping cart system, we knew we had a solution that not only matched their requirements of a self-contained cleaning system, but also offered them the power of a medical-grade UVC cleaning system that has been proven to kill over 99% of viruses, including COVID-19. Our Bluewater team worked closely with Choctaw Nation of Oklahoma to set up a sterilization system in each of their five food distribution centers that would be self-contained and easy to use for their grocery workers, without the need for water or chemicals.

The Soteria system installed in each location allows workers to feed in shopping carts from the front and sterilize each cart one at a time. Because of the open nature of the unit, employees are also able to sterilize wheelchairs and shopping baskets all within the same unit. 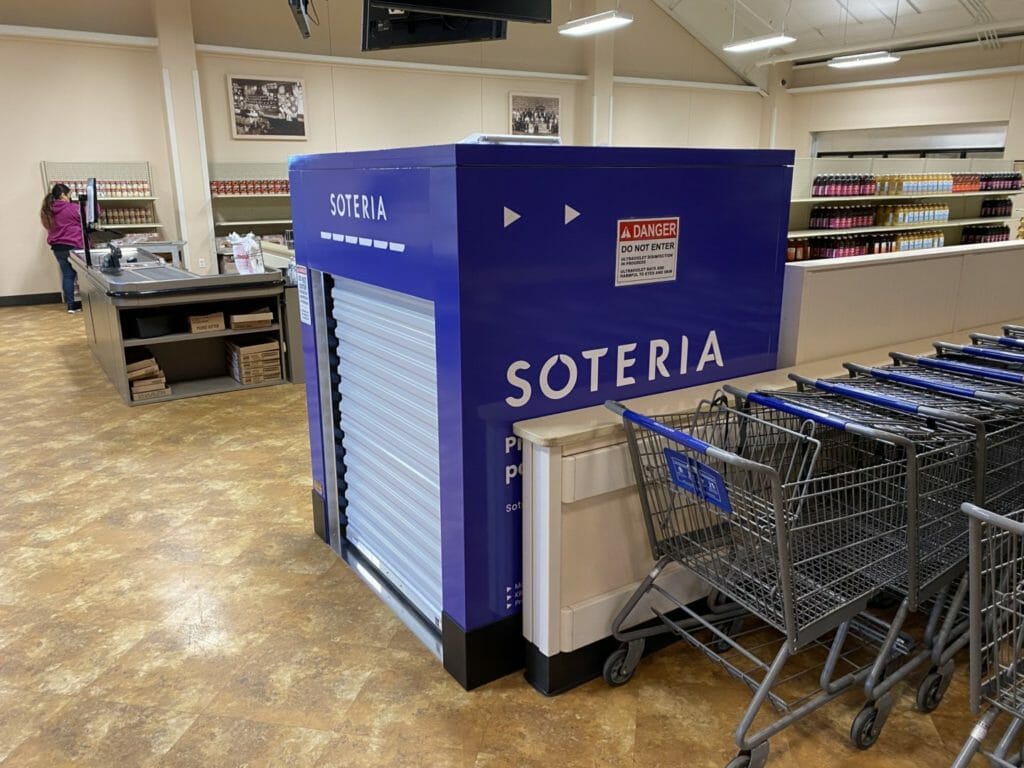 Our team flew to Oklahoma and trained workers on the full Soteria system and software. From there, Choctaw Nation was able to develop a system that allows team members to have all carts clean first thing in the morning, as well as sanitize any carts that are used one-by-one as they come in throughout the day. 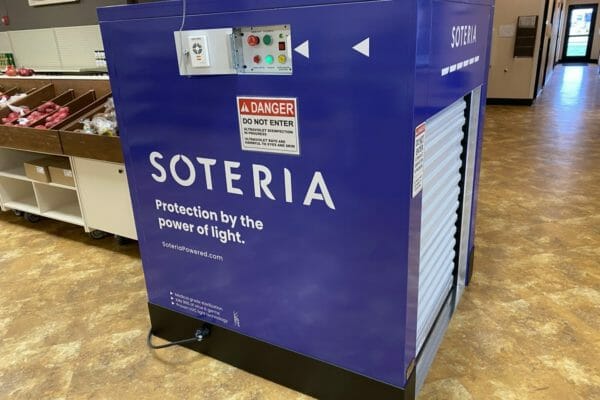 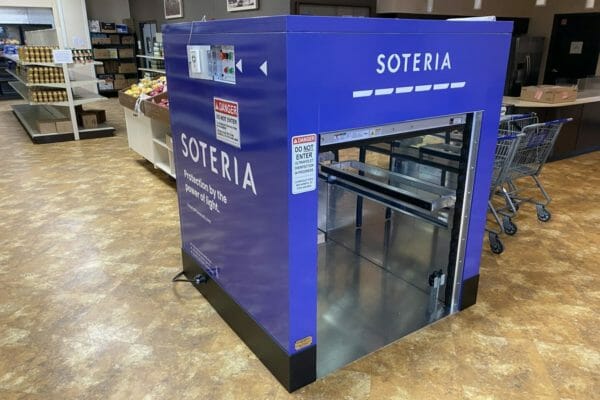 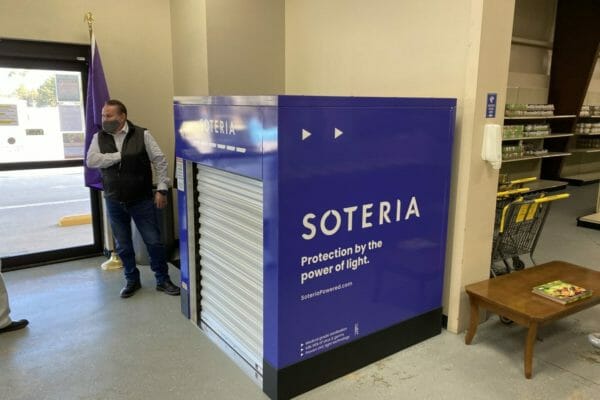 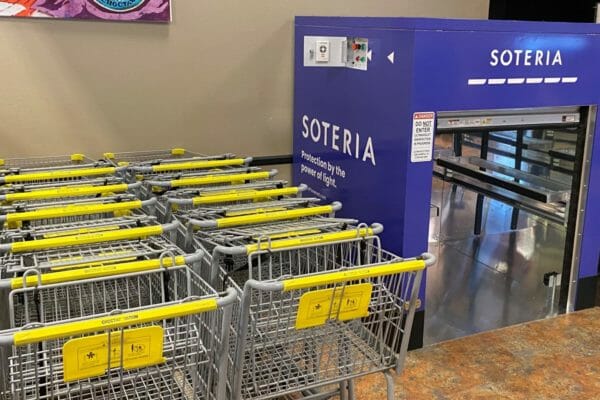 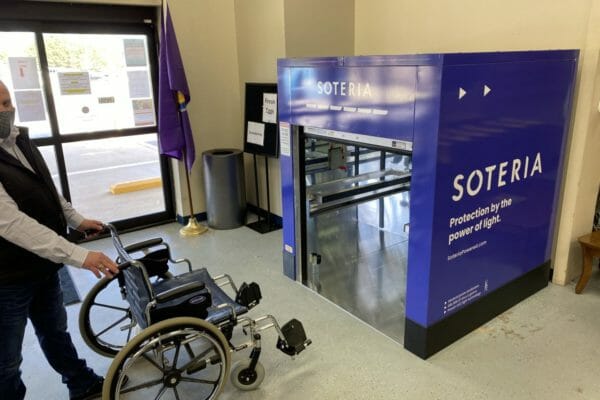